The Benefits of Lutein for Healthy Eyes 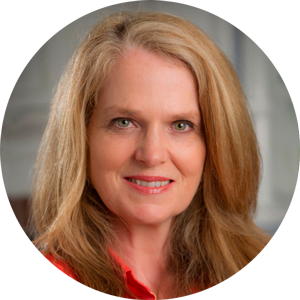 One well-known health benefit of eggs is undoubtedly the high protein content. But there’s another really cool benefit to be excited about. Eggs are a source of lutein, a natural compound in the carotenoid family that’s linked to improved eye sight.

Carotenoids, such as lutein, are responsible for the bright colours we see in our foods – from orange carrots to green spinach to red tomatoes to bright yellow egg yolks! The carotenoids are related to vitamin A. While beta-carotene in carrots is probably the most well-known, there are over 600 other carotenoids in foods, and their effects on human health are just starting to be understood.

The name lutein comes from the Latin luteus , which means yellow, and studies have shown that lutein has several beneficial effects. The most notable is the link between lutein and eye health. Lutein is highly concentrated in the human eye – specifically in the retinal macula. Interestingly, lutein and a related carotenoid called zeaxanthin are the only carotenoids that accumulate in the human retina and make up the macular pigment. Our eye health would not be the same without them.

Current evidence suggests lutein and zeaxanthin have important roles in eye development in utero, for infant, and throughout a person’s life span. Sufficient lutein is vital for optimal vision performance in young and later adulthood, right into our senior years. Making sure you get enough lutein is vital to support good eyesight and decrease the risk of age-related macular degeneration , which is the leading cause of blindness and visual impairment.

Other studies show that lutein may also have positive effects in reducing the rate of cognitive decline , decreasing the risk of developing certain types of cancer, and improving heart health. Lutein also has anti-inflammatory properties, which may be one of the reasons for its many positive effects.

On average, we consume only ~ 1–2 mg lutein/day , which may not be enough to attain health benefits. There are currently no official recommended dietary intake levels for lutein, but one study suggested an intake of 6 mg per day to reduce the risk of age-related macular degeneration. It’s important to choose foods that are high in lutein, which include:

- Leafy greens, such as kale, spinach and romaine lettuce

While all of these foods are sources of lutein, the amount absorbed by your body isn’t the same for all. The absorption rate of lutein depends on a variety of factors including the amount of fat, fibre and other carotenoids in the food, as well as your age and your nutritional status. On paper, the overall amount of lutein in eggs is considerably lower than most vegetables; however, research suggests the bioavailability of lutein from eggs is higher than from vegetable sources, most likely due to the fat content in the yolk.

Studies show that egg yolks allow your body to absorb the lutein from eggs about three times more efficiently than the lutein in plant sources. One study found that eating an average of 1.3 regular eggs daily (providing 0.38 mg of lutein) increased blood lutein levels by almost 30% over the course of a month. In another study , the consumption of one egg per day over five weeks increased serum lutein levels by 26% and zeaxanthin levels by 38%. Burnbrae Farms, understanding the importance of lutein and its cousin zeaxanthin, launched Naturegg Omega Pus shell eggs over 10 years ago. Two Omega Plus eggs provide 1 mg of lutein, 250 mg of DHA, and 50% of your daily requirement of vitamin D. They are truly nature’s vitamin pill, providing elevated levels of these important nutrients that reduce inflammation and improve overall health.

So fill half your plate with vegetables for a variety of carotenoids, and pay special attention to lutein by choosing eggs, leafy greens and squash most often. You can read more about lutein here .

Navigating the Egg Counter During COVID-19

You may have noticed egg shortages or a lack of availability of the type of eggs you usually buy during ...

Is the coronavirus changing how we eat?

As we soldier on, it seems that we’re all getting used to living in a “new normal” when it comes to shopping, prepping, and eating meals. For some, that means more patio dining, online grocery orders and cooking from scratch. Others are still grocery shopping in person and dining in restaurants. I find it fascinating to see how Canadians across the nation are adapting their eating habits during a pandemic, and I’ve been keeping up with the emerging trends. Here’s what I see.